Current opportunity: Elected Trustees of the Council (members only)

Applications are now open for elected trustee positions on the Board of Trustees of the Council of Deans of Health. We are seeking six trustees from among the Council’s membership. Candidates must be employed by a member institution and have the support of the first named member. All candidates will be interviewed and assessed for their suitability by the Nominations and Remuneration Committee before being put to the membership for approval.

In addition to the elected trustees, we will be recruiting six independent trustees who will be interviewed and assessed for their suitability by the Nominations and Remuneration Committee before being appointed by the Transitional Board.

The Board of Trustees will contribute to the overall strategic direction of the Council in its first years as an independent charity, including setting the Council’s strategy and overseeing the development and implementation of a business plan to support that strategy. The Board will also be responsible for ensuring the charity’s financial sustainability and compliance with legal requirements. As a minimum, attendance is required at three board meetings each year and the annual general meeting; meetings will be held across the UK. 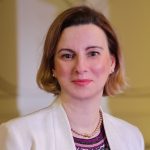 Last week we started the process of recruiting a new Chair to lead the Council as it starts its journey as an independent charity. Now we are seeking applicants to join the first board of trustees of the new organisation.

Being a trustee is a great opportunity to become involved in the strategic direction of the Council as it starts its new journey as an independent charitable company from 1 August 2020. In these first crucial years of business, the board of trustees will play an important role in agreeing the Council’s new strategy, overseeing the continued growth of the Council and ensuring its financial sustainability. As a membership organisation, it is important to us that we have a strong member presence on the board. For this reason, six of the twelve trustees will be drawn from the Council’s membership and elected by the members.

As a UK-wide and multi-professional organisation, we are looking for trustees who have a clear understanding of the context in which the Council operates and the wider policy issues; can act as an ambassador for the Council; have leadership skills and experience at senior management or board level; experience of the charity, education and/or health sector; and who share our vision of being an outstanding organisation that advances and promotes education and research in our sector.

I hope that those of you who are interested in this role will consider applying and I thank all of you for your continued support of the Council as we enter this exciting new era. 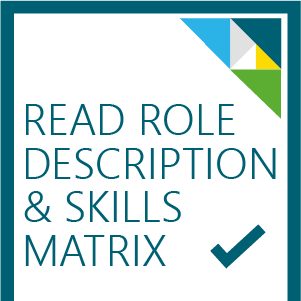 To apply, complete the application form and send along with a current CV, to Jennifer Williams, Membership & Governance Officer, Council of Deans of Health, by email (Jennifer.Williams@cod-health.ac.uk) by 5pm, Wednesday 1 April 2020. If you would like a confidential discussion about this role with the Executive Director before applying, please contact Jennifer Williams.